In The King’s Jews Community Researcher Myra Fonceca takes us back to the middle ages in her study of Exeter’s mediaeval Jewish community revealing individual stories of Exeter’s chirographers and moneylenders, men and women, who lived against the backdrop of turbulent european politics and growing persecution. 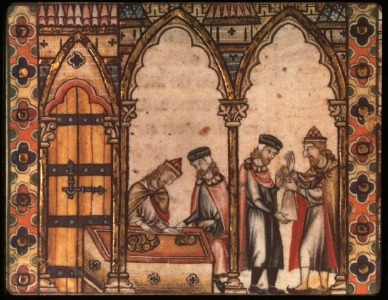 Images from ‘The King’s Jews’ showing a depiction of Jews in medieval art, a chirograph and clipped coins from the reign of Edward I.

The story as told by Myra at the ‘Telling Our Stories’ story-telling event held at RAMM Exeter in March 2013.