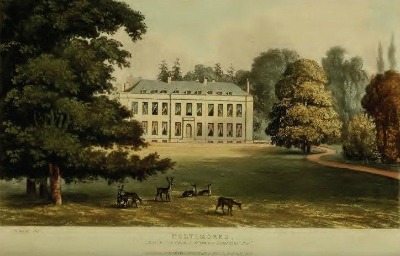 Poltimore Poet, an article about poet John Codrington Bampfylde (1754-1797) by volunteer Community Researcher, Miranda Harvey.  John Bampfylde was a gifted young poet and musician born into the prominent Westcountry family, the Bampfyldes of Poltimore House near Exeter. His rapid descent into disrepute and dissipation culminated in a total mental breakdown aged just 24. Subsequently he was admitted to a private mental asylum in London where he was to remain for rest of his life.  The ‘Sixteen Sonnets’ he published in 1778 are poetic gems dedicated to landscape, memory and love but also feature observations on human rights issues – torture and slavery.  Why does John Bampfylde feature here?  His is a hidden story of someone who disappeared from view, lost to the private asylum system for two decades: “After twenty years, dying of consumption, he was urged to go back to Devon. His friend William Jackson (1730-1803), organist of Exeter Cathedral, related that Bampfylde had said ‘No, Sir, they who knew me as I was shall never see me as I am’.  He died in London in 1796”. Quoted from, Jocelyn Hemming’s  ”The House that Richard Built – Six Centuries at Poltimore House’ chpt. 3, p.52 (Poltimore Press 2013).  Picture shows the south range of Poltimore House, aquatint by Frederick Stockdale, 1827.

The tragedy of Bampfylde’s short life makes his appeal through his poetry to the hearts and minds of his fellow men all the more poignant.