‘A Migrant’s Story’ by David Woolger

David has been part of the ‘Telling Our Stories’ project from the outset and through his writing and poetry has shared his story. David speaks with eloquent openness about race, identity and life with a mental health condition. Autobiographical, honest, moving and funny, these are the four poems David performed at the Royal Albert Memorial Museum (RAMM) ‘Telling Our Stories’ storytelling event on the 16th March 2013 under the heading ‘The Four Ages of David’: Innocence and Naivety (Based on a Film) – Pills and Potions – Pilgrim to the Dawn – My NW6 Woman, 1973 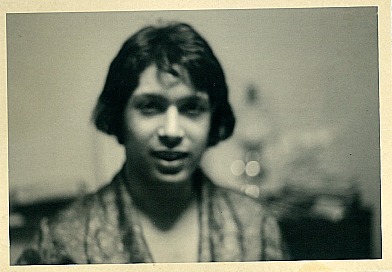 David’s poems For All Mums and Dads and Beyond Requiem were composed in the summer of 2013 during the Telling Our Stories journey.

David is also very interested in the connection between art and mental health, here are examples of his own ceramics that connect to and reflect themes in his life and poems, click on the image to read the companion poems to the artworks. 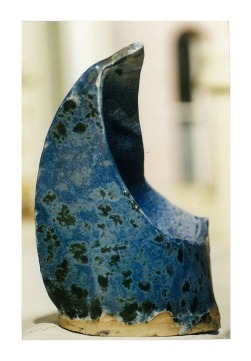 Image 1. Blue Clay Sculpture ‘To Mary’. David made this cobalt oxide clay slab sculpture in 1973 whilst at a W.E.A. class. It is entitled ‘To Mary’, a one-time colleague of his, and relates to the poem ‘My NW6 Woman’. This poem describes briefly their relationship which was fleeting but played a significant role in his gradual recovery. He has tried to capture the essence that was ‘Mary’. 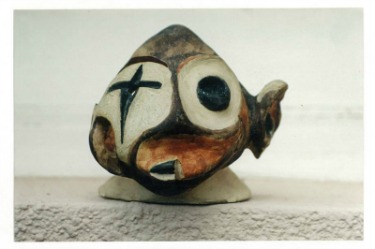 Image 2. Black Rainbow Ceramic Sculpture theme Mental Health. David made this intricate mask despite severe mental impairment on his return from a journey to Morocco in 1973,and whilst a patient at the Exe Vale Hospital, Exeter. It is a powerful blend of spiritual passion and subliminal imagery; primitive African ceremonial ritual being a dominant feature of this piece. 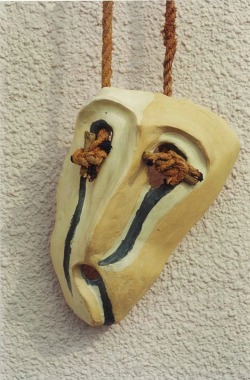 Image 3. Vision Ceramic Sculpture theme, Mental Health. This sculpture was made in ‘Rethink Mental Illness’, Exmouth, in 1997. It is comprised of clay, wood and rope. Essentially the work is a study of pathos but also carries an aura of tired resignation and there is an inevitability of defeat about it, the message being in the compliance and submission towards the will of God.