An early photograph provides evidence of the presence of at least one Black worker at Tiverton’s Roller Mills Factory in the late 19th or early 20th century. 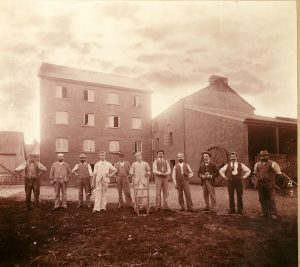 Tiverton Museum of Mid Devon Life archives hold an early photograph showing a black worker standing alongside others in front of Roller Mills in West Exe.

The photo dates from either the late 19th century or early 20th century.

Unfortunately, no names are known and any records of workers are now lost.