Angela Howard and Milena Trowbridge were born in Tiverton to Danilo Maglov, a Yugoslav European Voluntary Worker who settled permanently in Tiverton after WWII. Angela and Milena discuss what they know of their father’s wartime experiences and his life in Tiverton since then. They describe their father as:

“Very particular about his hair and the way he dressed”.

In this interview, they talk about their parents’ meeting at the Bolham prisoner of war camp, Danilo’s reluctance to discuss the conflict in Yugoslavia, his love of slot machines, and growing up with a non-British surname.

Click the image to read the transcript of Angela & Milena’s interview: 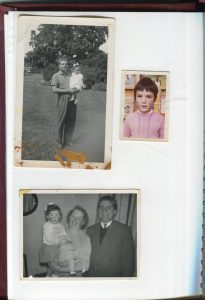